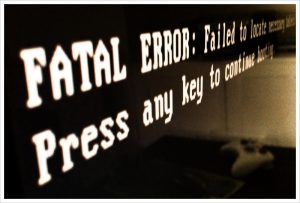 Most tech users agree, Windows 7 is essentially a big “apology” for making so many peoples’ lives so difficult, for so long, with Vista.

Microsoft is expecting Windows 7 to produce a spike in tech spending – among home PC users and at corporations.

So many consumers are still in “Microsoft backlash” mode and – as the Dixie Chicks sang – not ready to make nice yet.

Nonetheless, it will be very easy for Microsoft’s PR team to spin any sales story into a success.  After all, PC sales have no where else to go but up.  Last year was the worst in 6 years for consumer PC sales.

In the end however, one of the most important questions still remains unanswered: for how long can Windows XP and Windows XP Pro users continue to exist happily until Microsoft decides to render them incompatible?