Who Will D-Cide the Future of 3D? 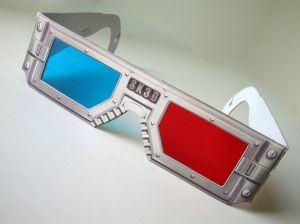 Since the concept of a 3D television was first shared with the world, consumers have been wondering when content will catch up to the technology.  In other words, when will we start seeing 3D movies, games, and our favorite programs broadcast in 3D?  While several movies have been released in 3D thus far and ESPN has announced its all-3D network (launching next month), we still appear to be far away from seeing Dr. Greg House perform surgery in the third dimension.  Despite this lag in 3D TV and movie technology, however, the gaming industry is ahead of the curve.

It is clear that there will be a lot for gamers to play on a 3D television – however this may not be enough to convince the average consumer to make the investment in the young technology.  HDTV had a very similar experience when it first burst onto the scene.  It was several years before programming was available on all the major networks in HD and it wasn’t until that happened that TV sales picked up.  Expect the same to be true for 3D TV.

Until the next American Idol, or another popular-sitcom favorite, jumps out of your TV, don’t expect sales for these TVs to blow us all away.