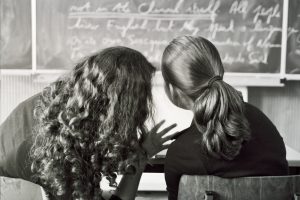 He’s persistent, level-headed and inspiring. He is Will Schuester, the teacher played by actor Matthew Morrison on the Fox TV series Glee.

And, apparently, most people wish they’d had a teacher like that guiding them when they were in high school. According to a new survey conducted by Wakefield for Classmates.com, 53% of Americans say they wish they’d found a teacher or mentor during their high school years “who believed in me and inspired me.”

Maybe I lucked out. There were several teachers at my high school who nudged, humored and encouraged me to work hard. But, unlike Glee’s Will Schuester, none of them encouraged me to sing. They were very wise.