When Are Poll Results Reliable? 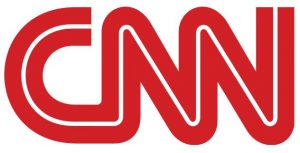 How do we know when poll results are reliable?  Last week, questions were raised when a CNN/Time opinion poll showed a big swing in the race for the Illinois gubernatorial election.

The poll shows a surge of support for Democratic challenger Pat Quinn.  But supporters of the Republican Bill Brady are questioning the credibility of the poll, even writing the results off as an outlier.  Are they correct?

They aren’t.  As political strategist David Ormsby has written in the Examiner and The Huffington Post, the CNN/Time poll provides the most accurate likely outcome of any poll of the Illinois race.

Citing Wakefield Research as an expert source, Ormsby correctly points out that the poll in question utilizes a high-quality decision-grade sample.  He goes as far as to suggest that the sample “was overkill to point of diminishing return on accuracy.”

Whether polling for politics or business, studies should always be rigorously conducted.  General population surveys, for example, should be conducted among at least 1000 nationally representative adults.  But sample size isn’t everything – questions must be fairly worded and quotas must be set for important demographics.