Wakefield Research Interview: Everything Good is Bad For You 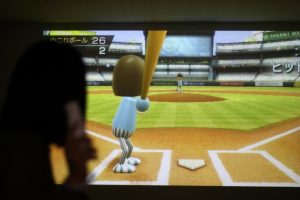 I hope everything in this article is true. Wakefield senior director Paul Bragan was recently interviewed by Elle magazine on the subject of guilty pleasures that can actually benefit you.

Paul was asked to comment on the benefits of playing video games. An excerpt from the article:

Get Your Game On
Okay. We know what you’re thinking. But with the advent of the Wii, you can’t be a couch potato because playing requires you to move. (And now other companies are developing active programs too.) In fact, the game is a million times more interactive than watching TV. “Before the Wii, whoever worked up a sweat playing a video game in their living room?” says Paul Bragan, executive director at Wakefield Research, a leading gaming researcher. “Using a wireless controller, you can bowl and play baseball and tennis all from your family room.” And certain games inspire children to interact with parents and adults. “Last year, a British magazine revealed that Queen Elizabeth became an avid video gamer after joining her grandson Prince William in a game of Wii,” says Bragan. “I’d call that a royal vote of confidence.”

Read more to learn why stress, red meat, and bubble gum are good for you.