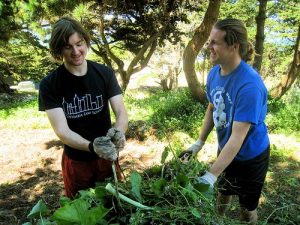 Ever since Harvard professor Robert Putnam wrote the book Bowling Alone, there has been much debate and angst over the perceived lack of “social capital” in America. That term is shorthand for volunteerism and involvement.

Putnam pointed to declining membership in unions, PTAs and the Boy Scouts, as well as a dip in church attendance, to make his case that Americans have disengaged from their local communities.

Although it’s hard to argue with Putnam’s raw numbers, there are others who contend that the spirit of volunteerism is alive and well in the U.S.

Edelman’s Marilynn Mobley is one of them. In this post on the firm’s “Baby Boomer Insights” blog, Mobley notes that in the wake of floods that recently ravaged Atlanta and the surrounding region, large numbers of volunteers have stepped forward:

Volunteers are spilling forward, eagerly looking for ways to help neighbors. And leading the way are boomers, whose reputation for volunteering continues, despite the fact that many face their own issues brought on by this rising tide called a recession.

The evidence of vigorous volunteerism isn’t just anecdotal.  Mobley points to this national report, which reveals a high level of involvement by Baby Boomers in their communities. She writes:

The volunteer rate for Baby Boomers remained relatively stable from 2007 to 2008 despite an increase in unemployment, a rise in home foreclosures and the largest decline in charitable giving in more than 40 years.

Perhaps volunteerism hasn’t fallen as much as the pessimists argue. Maybe, instead, volunteerism is simply taking different forms today.  For many people, it seems to be more of an “ad hoc” activity, as opposed to something that is done mainly through a specific club or social group.