Using Surveys to Get Media Coverage 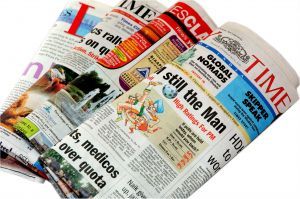 The director of our PR Polling Division, Nathan Richter, was recently interviewed for an article on how to use surveys to drive media coverage.  We’ve reposted the article below. And, if you happen to be flying Midwest Airlines this January, you can read more about PR Polling in that month’s edition of their in-flight magazine.

Using Surveys to Get Media Coverage

In the past few years, surveys have emerged as one of most effective elements for adding value to a public relations pitch and catching an editor’s attention. Here are three types of surveys that can result in an influx of media coverage, enhanced awareness of your brand, and, ultimately, more business.

“Everyone wants to be seen as a thought leader,” says Nathan Richter, a PR pollster with Wakefield, a research consultancy firm. “But most editors won’t just take you at your word that something is a trend.” Instead, it’s essential to offer quality, scientific data that backs up your assertion.

For example, Alibaba.com, a business-to-business online marketplace, commissioned an independent firm [Wakefield Research] to conduct a survey about the state of small business entrepreneurship in the current recession. The survey found that more than 42 percent of Americans have considered starting their own businesses since the beginning of the downturn and that 77 percent of Americans believe that it’s small businesses and entrepreneurs who will do the most to revive the economy. Armed with that data, Alibaba.com was able to support its trend story and make a convincing case to Crain’s, the New York Daily News, and USA Today, among others.

One way to organically incorporate a commercial message about your company into a legitimate news story is to use a survey to identify a problem to which you offer a solution.

For example, Travelzoo.com, an online provider of travel deals, wanted to promote its brand and distinguish itself within the saturated space of discount online travel sites. To that end, it hired an independent market research firm [again, Wakefield Research] to query travelers about their Fourth of July travel plans. The survey clearly highlighted the problem: Travelers were eagerly seeking discounts in a down economy but not sure where to find them. The solution: discount travel site Travelzoo.com. The survey resulted in more than 200 million media impressions and coverage by Good Morning America, USA Today, the Wall Street Journal, and MSNBC.

For some businesses, a survey is not a one-shot deal but an ongoing plan to establish themselves as expert sources. “These types of surveys are usually broader, big-think pieces,” says Richter. “Research that’s been done for insight vs. telling a good story.”

For example, ADP, a payroll services company, has for years put out a report every quarter on unemployment figures. It’s a substantial study, and the company has made a long-term commitment to do it. Editors expect the information from the company, and ADP gets coverage every time the report comes out.

“There is enormous competition for editors’ attention, regardless of industry,” says Richter. “So the more elements you can bring to a story, the greater chance you have for coverage and establishing your organization as a credible source.”

The traditional elements of a PR pitch, such as good quotes, interesting tips, and expert advice, still remain the foundation upon which a good media story is built. But in a saturated marketplace, a well-crafted, well-researched survey could be just the thing that makes a harried editor take notice and pluck your press release out of the deep, dark pile and into the limelight.