Toasting (With Beer) to a Great Year of Stats 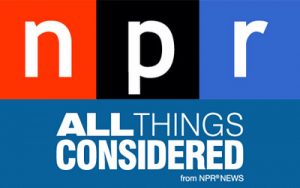 How do you toast to a new year?

According to a recent study by Wakefield Research for Samuel Adams, 60% of American men would rather toast with beer than champagne.  The beloved American beer brand recently teamed up with Weihenstephen Brewery to create Infinium, a new breed that combines champagne and beer.  Beerpagne?  Champeer?  Whatever you prefer to call it, Infinium is filling a void and garnering a lot of attention along the way.

In addition to local coverage from outlets like The Boston Globe and trade sources like Beer Advocate, Infinium is generating attention in corners of the media world that typically don’t cover beer.

NPR’s All Things Considered recently interviewed Jim Koch – Boston Beer Company’s founder.  It’s a perfect example of how a great pitch utilizing interesting stats can get you coverage where you normally wouldn’t.

So raise a glass and toast to life, liberty and the pursuit of a toast-worthy beer, or in the words of Buzz Lightyear: “To Infinium and Beyond!”