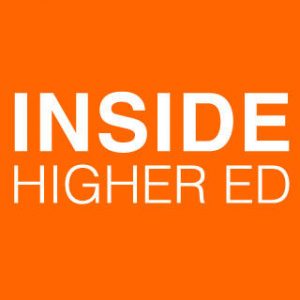 A study published last week found that the vast majority of students surveyed said the high price of textbooks had had a major (46 percent) or modest (41 percent) impact on their financial situations, forcing them to forgo meals and trips home to see their families, among other things.

Now a new survey focuses more directly on the academic impact of students’ expenditures on curricular materials, finding that many are making decisions that could undermine their academic performance. But the study, conducted by Wakefield Research on behalf of VitalSource, the etextbook provider, also reveals that lower prices alone may be insufficient to wean many students from print textbooks.

In the survey of roughly 400 traditional-age students at four-year colleges, (a parallel survey of community college students drew too few respondents to be nationally representative), eight in 10 respondents said they had waited to purchase course materials until after the class had started, and 42 percent said they had “avoided purchasing the course materials at all.” That latter figure is up from 28 percent in 2017 and 27 percent in 2016, respectively. About six in 10 respondents who said they delayed or avoided buying the materials said the price was a “very important” reason why.

Having students forgo their course materials is educators’ worst nightmare, but a majority of respondents (60 percent) said they did not believe that their decisions had hurt their grades. But roughly two-thirds agreed or strongly agreed that they would do better academically if they had access to all course materials on the first day of class.

That is a major push of numerous curricular materials providers that are encouraging faculty members or colleges to embrace a range of approaches that give all students in a particular course access to digital curricular materials — and to pay for it either in their tuition bills or another centralized way. (VitalSource is among the platforms that facilitate those arrangements, hence its interest in the topic of this survey.)

The survey also contained a set of questions related to those arrangements, in which students expressed some interest — for instance, about two-thirds said they would be interested in paying for course materials as part of their tuition costs, and more than half (56 percent) said their institution did not give them the option to do so. Most students also said they believed they would get better grades if they had access to interactive etextbooks and digital tools.

And while some of the survey’s findings reinforce the idea that today’s traditional-age undergraduates favor all things digital — half said they go no more than 10 minutes during their waking hours without using a digital device — one result helps show why the shift to digital textbooks has gone slower than many technology advocates expected.

Roughly five in six respondents said that the cost savings would need to be “very significant” (41 percent) or “somewhat significant” (45 percent) for them to “permanently switch to using all digital course materials rather than print ones.”

In other words, many of the respondents don’t find the quality or convenience or interactivity of online/digital textbooks — at least right now — to be so much better than print as to warrant making such a shift without a strong financial incentive to do so.