The Term “Gamer” Is Dead 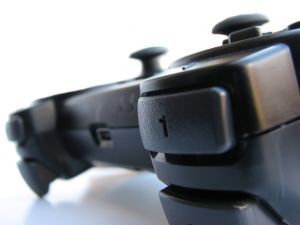 Say a prayer and kick some dirt on the coffin, the term “gamer” is dead. Videogame marketers should bury this term forever, because the recession has rendered it meaningless. And understanding this truth will inform game development and marketing well beyond the recession years.

Gamers – as a group – have gone the way of internet users and mobile phone users. The term “gamer” now represents every demographic in the marketplace. Trying to describe gamers is like trying to describe coffee drinkers or Google users. You end up describing the American consumer. Today everyone is a gamer, and thus, no one is.

What Does This Mean For The Videogame Industry?

For starters, the “us / them” mentality that’s plagued the videogame industry for years is finally going away. Marketing to gamers as in-the-know elites is a recipe for failure. But more importantly, it’s simply not necessary anymore. There’s no longer a negative connotation to talking passionately about a new videogame title.

The hardcore gamer of years past will never look the same. Once focused on graphics, power, and storylines, today’s uber-gamer is actually beginning to listen to what casuals have to say. And casuals are getting tips from hardcores. Title producers should take notice of the 2-way street that’s formed between those purchasing their first console and those trying to wedge their Wii in-between their Xbox360 and their PS3. This is a new environment.

Where To From Here?

If videogames are touching everyone’s lives, then what matters today isn’t whether you consider yourself a “gamer” but how and where videogames fit into your life. Instead of segmenting consumers by levels of interest and engagement, marketers and manufacturers should be focused on occasions – when and where people are playing videogames, regardless of how many hours per week they log. Understanding occasions is the best way to create games and devices that are truly relevant to consumers today.

And finally, while the next generation of videogame consoles may still be years away, manufacturers should take seriously the death of the term “gamer” if they want to succeed. Forget about developing the next videogame system for gamers, by gamers. Any new system will need to offer something for everyone in order to be successful at levels like what we’re seeing today. After all, gamers – as we used to know them – are extinct; replaced simply by consumers.