Take That, You Internet! 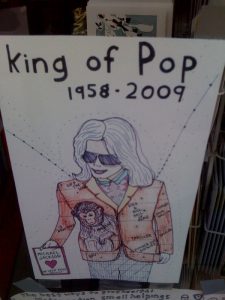 Size matters, especially in the field of statistics.

More precisely, that number represents the number of times during the week ending June 27 that someone went online and typed Michael Jackson in a search engine, news portal or social networking site.

If you want details on the Jackson search-surge, just check out Techcrunch.com charts. The headline on this CNN article said it all: Michael Jackson Dies, Almost Takes Internet With Him

Twitter was forced to disable both its search box and a sidebar link for 4 hours in order to survive the avalanche of tweets that were sent after Jackson’s death.