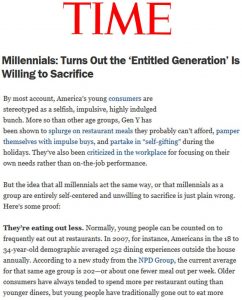 Gen X and Gen Y have a reputation for being entitled, fickle and irresponsible, so it may surprise you to learn that when it comes to purchasing a home, 20- and 30-somethings take that decision very seriously.

According to a PR survey conducted by Wakefield Research for Better Homes and Gardens Real Estate, the American Dream still involves home ownership and white picket fences for Americans, ages 18 to 35. Three-fourths of those surveyed (75 percent) believe that owning their own home is a key sign of success. In addition, 71 percent believe that homeownership is something that should be earned and is not simply a privilege.

While they may be reluctant to buy now, Gen X and Gen Y are preparing for the future. Nearly 7 in 10 (69 percent) believe that a person isn’t ready to own a home until they can afford to buy it while also maintaining their current lifestyle.

Wakefield has been ahead of the curve and following this trend, with the findings appearing in top-tier outlets such as TIME, Forbes and the Chicago Tribune. To read these and other articles on Gen X and millennial attitudes of homeownership, make sure to check out Wakefield In the News.