Survey: The Naked Truth About Grooming 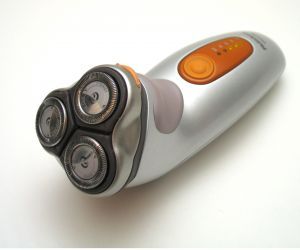 Wakefield recently conducted a survey on behalf of Bliss-Philips on the subject of bikini-line shaving.  It found that 80 percent of women have tried it at least once. It turns out that bikini-line grooming is one of the most widely practiced beauty routines in America. Who knew?

If this surprises you, then perhaps you didn’t realize the importance of bikini-line grooming to American women. Consider this: When asked which is more embarrassing during a day at the beach, a majority of women (59%) say that being seen with an ungroomed bikini-line is worse than their top slipping off in the surf. They’d literally rather be naked in public.

The Bliss-Phillips study found that cash-strapped consumers will be “trimming” costs at home. Four in five (80%) women will be skipping spa or salon visits in the next year in order to cut down on expenses.

One other interesting/fun fact that emerged from the study: these ladies are resourceful in a pinch. The survey found that more than a third (34%) of women who groom their bikini-line admit to using their significant other’s razor to groom “down there.” Maybe that’s what the 5th razor blade is for on my Mach 5?