Report: More Women Are Making Career Changes To Make Up For Income Loss During Covid 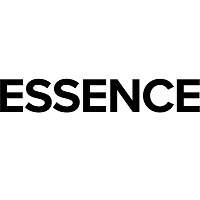 All of us were deeply impacted by the pandemic. Women, however, were hit the hardest and in ways we couldn’t have ever imagined.

Already at a societal disadvantage, women are overrepresented in lower paying jobs and, as they age, the pay gap widens even more. Data shows women in the U.S. earned 30% less than men, and that pay gap will steadily increase over time. Now that we’re facing an endemic coronavirus and navigating the Great Resignation era, a new report is revealing that women are coming back for what they lost.

Laurel Road recently released  findings from a survey of 1,000 participants that analyzed professional changes over the past two years. Among some of the most enlightening insights, nearly 7 in 10 (69%) employed, college-educated women felt they were underpaid with respect to their current value to their company, significantly higher than the 53% of employed college-educated men who said the same. Fortunately, these women are looking out for themselves, with more than 50% of women—and 59% of BIPOC women—reporting they will be asking for a raise in 2022.

The survey also delved into exactly how much the income downturn affected women of color. While the number of women who reported they had lost money went up 41% from previous years’ surveys, BIPOC women lost even more—an average of 47% of their annual income.

Women also reported feeling unsupported at work. Among employed women, 44% overall and 48% of BIPOC women say their company is not doing all it can to narrow gender pay gaps.

“Although women disproportionately faced setbacks from the pandemic, whether it be delaying their own professional growth because of childcare responsibilities or experiencing a greater loss of income, our study found that they’re also seeking new careers or preparing to ask for a raise to elevate their financial future,” said Alyssa Schaefer, General Manager & Chief Experience Officer at Laurel Road, in a news release. “Our hope is that these findings institute change by serving as a conversation starter on the challenges women face as a result of the pandemic, both at home and in the workplace, while also providing women the tools they need to continue to feel empowered to achieve mental wealth, encouraging generations to come.”

This survey was conducted by Wakefield Research among 1,000 nationally representative college-educated U.S. adults, with oversamples to 1,000 female respondents and 500 female BIPOC respondents, between February 7 and February 15, 2022, using an email invitation and an online survey. Quotas have been set to ensure reliable and accurate representation of 1,000 nationally representative U.S. college-educated adults. The margin of error was +/-3.1% for the main sample  and female oversample and +/-4.4% for the 500 female BIPOC oversample.