Record Travel this Fourth of July – Here’s Why 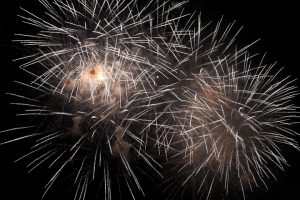 With a heat wave currently sweeping the nation, people will simply stay home for Independence Day and blast the AC, right? Wrong.  Despite the Fourth of July falling awkwardly in the middle of the week, AAA is expecting record travel numbers for the upcoming holiday, up 4.9% from last year to 42.3 million travelers. Americans are not concerned with taking a couple extra work days off, and are using the low gas prices to take advantage of the extended weekend.  And it’s not just auto travel likely to see a spike – airlines expect to see a 9% increase in travel compared to this time last year.  Americans are traveling an average of 723 miles to their desired destination, an astounding 26% increase.

There is clearly pent-up demand to travel this summer, no matter what the weather.  According to a Wakefield survey done in June of 2008, 82% of Americans planned on spending their holiday relaxing and barbecuing at home – a rise from the previous year.  While low gas prices are certainly an incentive to hit the road now, it’s the itch for an adventure that led Americans to generate this travel surge. After years of celebrating in the same back yard, Americans are ready to explore.

So where are the top Fourth of July travel destinations this year?  According to Priceline.com, New York City is the place to be with three of the top eight spots located in The Big Apple – including Broadway and Times Square.  Other popular spots include Chicago’s North Michigan Ave., Fisherman’s Wharf in San Francisco, and Downtown San Diego.

Where will you be watching the fireworks show this year?