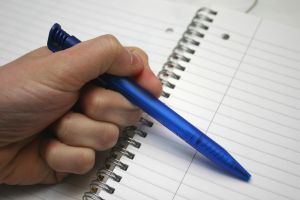 Children are back in school and feeling care-free, leaving their parents to stress over the tough decisions they face coping with a job loss or other effects of this recession.

If only that image were true. Actually, the kids who re-entered k-12 schools in August and early September brought with them some of their families’ recession-induced stress.

According to an article in Sunday’s Chicago Tribune:

Therapists, school psychologists and guidance counselors say they’ve seen a growing number of children struggling with stress due to their families’ financial problems.

. . . While parental unemployment and bill collectors are familiar to children in poverty-stricken neighborhoods, they come as a harsh surprise to young people used to comfortable lifestyles. Add them to modern fears of terrorism and global warming, as well as the normal angst of adolescence, and you get an unnerving mix.

The Tribune cites new findings from a national survey conducted by Wakefield Research. One of our findings is that 33% of parents report that their children have expressed anxiety about the economy.

The article quotes a 16-year-old New Jersey student: “Money is not an issue teens talk about, so you feel like no one else is going through the situation like you. It’s kind of lonely.”