Poll: Digital Devices Are No Longer Seen As Add-Ons 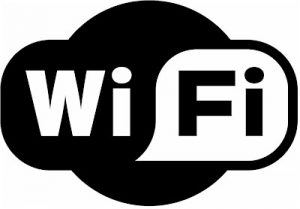 Three months ago, Best Buy CEO Brian Dunn declared that he was “surprised” to have seen the company’s sales jump 10 percent in the final quarter of 2008. His reaction made perfect sense to most of his peers in the business world. After all, this was the quarter that followed Wall Street’s mega-meltdown.

Even so, should this sales spike have been all that surprising to a company whose inventory consists largely of digital devices?

That same quarter, a survey for the Wi-Fi Alliance showed that 72% of Americans said they would “cut back on food expenses” to tighten their household budget before they’d cancel their internet connection. Furthermore, 8 out of 10 Americans said they would turn down the heat before they’d drop internet access. Clearly, the internet – and the devices that access it – are increasingly being seen as lifestyle essentials.

Although Best Buy’s overall sales dipped in the 1st quarter of 2009, the company’s sales continued to expand in notebook computers and cellphones – technology devices that help keep people connected.

Sales trends in the cellphone sector seem to reinforce the public’s desire for tech devices that retain or strengthen internet accessibility. In the first quarter of 2009, for example, cellphone sales fell 9.4% from a year earlier. Yet smartphone sales – phones with advanced internet capabilities – jumped nearly 13% during the same quarter.

In Wakefield’s survey, only 21% of Americans said they bought a lot of technology in 2008 that they “didn’t truly need” – a good sign that they consider their tech dollars well spent. Certainly, price will always be an important consideration. However, there’s no reason to believe it will be much more important this year than it was in 2008. This is a category of spending that consumers feel delivers solid value.

Email, photo-sharing and other internet activities are what keep human beings connected. The devices that make this possible are no longer viewed as add-ons to our lives. We’re willing to tighten our expenses in this sluggish economy. But that means eating a frozen pizza one more night a week, not canceling our internet access.