Poll: Dads Not As Tough As They Used to Be 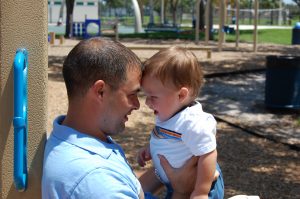 Back in the old days, Dads were more likely to say “I love you” with a firm handshake than a hug. Times have changed: the American dad is getting soft.

A new Wakefield PR survey conducted for family-favorite Lever 2000 found that more than four in five dads (84%) say that they show their kids more physical affection, such as hugs and kisses, than their own parents did with them.

Even moms – never ones to be stingy with a snuggle – are more affectionate these days. Nearly four in five moms (78%) say that they hug and kiss their kids more than their own parents did with them.