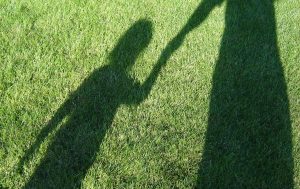 Over the past couple of decades, amid the references to “soccer moms,” an image emerged of many successful, professional white women choosing to leave the workplace and raise kids as a stay-at-home mother. Their decision to leave a successful job helped coin the term “opt-out moms.”

Yet a recently released report by the Census Bureau suggests that this image is not typical of stay-at-home mothers. According to the Washington Post:

… census statistics released Thursday show that stay-at-home mothers tend to be younger and less educated, with lower family incomes. They are more likely than other mothers to be Hispanic or foreign-born.

… the profile of mothers at home that emerged is clearly at odds with the popular discussion that has flourished in recent years, (researchers) said.

The notion of an opt-out revolution took shape in 2003, when The New York Times’ writer, Lisa Belkin, coined the term to describe the choices made by a group of high-achieving Princeton women who left the fast track after they had children.