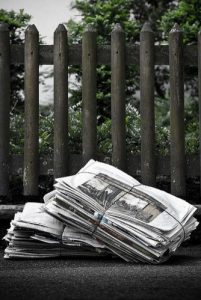 I love the Pew Research Center’s Project for Excellence in Journalism. In addition to being a positive force for responsible journalism, it also can be a handy tool to help publicists “keep it real.” Here’s a look at the top news stories:

#1 Healthcare Coverage Dominates
The issue accounted for 19% of the newshole from July 27-August 2, which is a slight reduction from the week before. Publicists that help non-political media find ways to cover this issue will be rewarded with ink.

#2 Uneconomical Coverage of the Economy
The economy has provided a bounty of pitch angles for over a year, and there is no end in sight. The U.S. economy accounted for 14% of the newshole last week. Not all the news was bad, continuing a trend towards positive economic stories. It’s not time to break out the champagne yet, but the media is hungry for positive stories about the economy.

#3 Henry Louis Gates
The arrest of prominent black scholar Henry Louis Gates accounted for 8% of the newshole. Barring any unforeseen developments in the story, we expect this story to drop off the charts this week (with the exception of conservative cable news and radio outlets).

#4 Michael Jackson Still on the Charts
The late King of Pop has proven himself the King of Press even weeks after his demise. Investigations into his physician boosted MJ into the fourth spot on the news charts, accounting for 4% of the newshole.

#5 The “Birther” Movement (seriously)
A few nutjobs are contending that President Obama is not a U.S. citizen, and thus is ineligible to be President. The group even produced a Kenyan birth certificate with Obama’s name on it. In its infinite wisdom, the media dedicated 3% of its coverage to this story last week. Oh, and the birth certificate – it’s a forgery based on an Australian birth certificate someone downloaded off the web. Yea journalism!