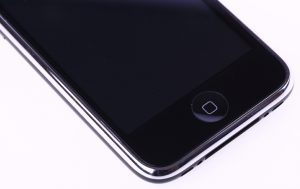 When is Verizon ever going to get the iPhone?

After a long-awaited press conference held early this morning, there is finally an answer to that question, and the golden, rather, red date is February 10th.  Many Americans have suffered tech envy for quite some time now, but early next month we’ll be able to put our carrier divisions away and finally be, technologically speaking, equals.

Internally, Apple had to revise some components in order to make the iPhone 4 compatible with the Verizon network, based on the less-popular CDMA standard, which won’t allow multitasking of calls with other data-loving activities.  Though current iPhone users have been the ‘guinea pigs’ through AT&T’s shaky growth and expansion, as their ‘most reliable network’ friends have been happy remind them of, today Verizon emphasized their readiness to cope with the expected onslaught of new smartphone users.

The mobile device landscape is rapidly changing, with Google’s Android OS gaining popularity recently, especially with Verizon, among other players as well.  Now that one of the biggest hurdles blocking portable free (tech) love has been removed, consumers now must choose for themselves.

Those of you loyal Verizon customers, you can finally have your cake (network) and eat your Apple too.