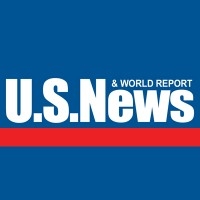 Breastfeeding and its benefits have been the subjects of much discussion lately, due to the Trump administration opposing a recent resolution promoting the widely commended practice at a recent meeting of the World Health Assembly.

But with World Breastfeeding Week beginning this past Wednesday, new survey results show many soon-to-be mothers in the U.S. don’t know what they should expect from insurance providers when it comes to lessening some of the costs associated with breastfeeding.

There were about 3.95 million births in the United States in 2016, according to the Centers for Disease Control and Prevention, and, as of 2014, about 83 percent of babies started out breastfeeding – a jump of 10 percentage points from 2004.

Yet 42 percent of 1,000 expectant moms surveyed in late June and early July did not know breast pumps are covered by insurance at no cost – a mandate created by the Affordable Care Act, though plan exemptions exist and the types of pumps insurers cover can vary. Sixty-four percent were unaware of a similar requirement for coverage of help from a lactation consultant, the survey found.

“It’s really unfortunate, because there’s so many people being left out,” says Shari Criso, a registered labor and delivery nurse and mother of two who was involved in the research. “I think there’s a lot of moms that feel like this whole process … is complicated, it’s too much work.”

The survey was conducted by Wakefield Research and was sponsored by Byram Healthcare, which provides insurance-covered breast pumps to expectant mothers.

What are the benefits of breastfeeding?

There are many benefits, and there’s so much research showing the benefits of breastfeeding. For infants, it can lead to lower (risk of) infection – conditions like respiratory infections, gastrointestinal infections or ear infections. Even decreased risks of sudden infant death syndrome and chronic conditions like obesity, asthma and Type 2 diabetes. And then there are lower risks of conditions for the mom as well, for different types of cancer, like breast cancer and ovarian. It’s especially important in preterm babies or sick babies.

What are a mother’s rights under the Affordable Care Act for breastfeeding?

The ACA allows moms to have a breast pump covered at no cost to them. I think it’s one of the things that most moms do not know, is that this is required by federal law, that insurance companies cover this: a breast pump that they can acquire during their pregnancy and even after they deliver. I encounter a lot moms who didn’t know that this was a benefit that they were eligible for. So if they have their baby, they’re still able to get one, even if they’ve already delivered.

The other benefit would be that they are to receive lactation counseling, or lactation consulting, pre-delivery and post-delivery, at no cost to them. It’s a little bit vague depending on what kind of coverage they have, and that’s left up to the insurance companies, but they can get those benefits. Counseling, support and education are probably the most important things we can do to increase the breastfeeding rates for moms.

And then the last thing is employers are required to provide a space for moms to pump that is private, that is not a bathroom in her workplace. There are some exclusions, such as if the mom’s employer has less than 50 employees. (Editor’s note: A 2015 study also notes that this provision “generally covers hourly workers but not salaried employees.”) So again, it kind of depends on the situation, but that’s the other piece of the legislation.