Keep Calm and Carry On – With Quieter TV Ads | Wakefield 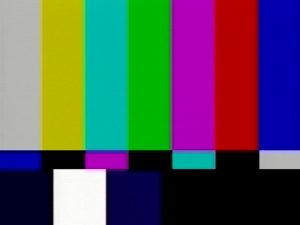 Great public speakers and wise parents both know, yelling isn’t the best way to get your audience to really hear you—or do what you want. ALL CAPS EMAIL “SHOUTING” IS ALSO BAD FORM. Despite this, TV advertisers have long used loud commercials to try to reach consumers—until now. In case you didn’t hear—December 13th was the deadline for TV stations and cable companies to turn down the volume on loud commercials under a new law called the CALM Act (Commercial Advertisement Loudness Mitigation Act).

TV viewers are rejoicing. According to a 2009 national survey by Wakefield Research for Harris Corporation, a vast majority (89%) of U.S. viewers were bothered by the often dramatic variation between regular TV programming and advertising volumes—and 80% of those bothered took matters into their own hands by:

While the goal of the new law is to “calm down” louder TV ads, the Wakefield survey found that yelling at consumers may have been backfiring anyway. Indeed, 61% said that the loudness of TV commercials negatively impacted their perception of the product or their ad-view habits.