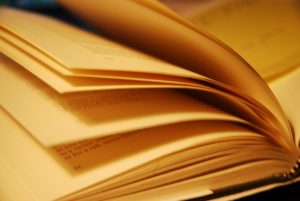 Mega-hit book series like The Hunger Games and Harry Potter have captivated American readers with their riveting plots, unique characters, and fantastic worlds. And for book lovers who missed out, there are some feelings of regret between the pages.

For American readers, not to mention Hollywood, “follow the leader” looks like the right approach. A recent study by Wakefield Research reveals that over half (51%) of Americans feel they’ve “missed the boat” on at least one popular book series.

The need to keep up with recent literary trends varies among generations. Americans ages 50 and older are much less likely to feel like they’ve missed out on popular book series: less than half (43%) regret not jumping on the bandwagon sooner, while over half (56%) of those ages 18-49 do.

Americans feel the most regret missing out on recent book-to-screen and book-to-television adaptations. The top book series that Americans most feel they’ve “missed the boat” on are Girl With the Dragon Tattoo (17%), The Hunger Games (15%), and Game of Thrones (11%).

Bestselling series like Harry Potter are often called generation-defining. But maybe we just don’t care as much about reading what everyone else is reading as we get older. When asked directly whether they regret not getting more into Harry Potter, Lord of the Rings, The Da Vinci Code and Twilight when they were so popular, half of Americans ages 18-29 said yes. But 69% of Americans ages 50-64 said they have no regrets about this. After all, isn’t that what paper backs and eReaders are for?