Hook the Media with an Attractive Survey | Wakefield 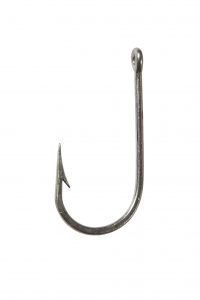 In today’s crowded PR landscape, businesses are constantly on the lookout for ways to stand apart from their competitors. Surveys, for example, are one of the most powerful and cost-effective methods of increasing awareness of your company. A noteworthy survey is more than just a few randomly asked questions. When done correctly, it is a carefully crafted instrument that can make the media sit up and take notice, and there are several effective ways to create one that a busy editor will be interested in reading.

Use a combination of questions. “A common belief among people who use PR for coverage is that they have to ask quirky and zany questions,” says Nathan Richter, PR polling director at Wakefield Research. While a few creative, attention-grabbing questions are fine, they need to be balanced with credible ones, which will compel an editor or reporter to cover a related story.

For example, when the Wi-fi Alliance sponsored a survey, the association asked college students if they would give up items like beer or their favorite T-shirt for Wi-fi access. But they also asked more traditional market-research questions, such as whether they would attend a college that didn’t offer free Wi-Fi.

Avoid obvious commercial messaging. Many business owners and PR executives assume that it’s OK to package their pitch as a commercial message, as long as they support it with substantial survey data. “Not so,” Richter says. “If company X wants to be branded as the ‘hip’ company, they shouldn’t write a press release with a headline that reads, ‘Survey shows company X is the hippest.'” Instead, Richter suggests conducting a survey on what’s hip in the country or the relevant field and connecting that data to the brand. “It’s hipness by association,” he says.

Emphasize the scientific. As more businesspeople include surveys in their PR strategies, they are turning to do-it-yourself tools to conduct them. But whether you administer a questionnaire yourself or hire a professional firm to do it on your behalf, the media and other outside parties need to know – in order to consider it credible – that it was conducted in a scientific manner and followed the proper research protocols. Richter says all surveys need to include the:

The media are constantly on the lookout for relevant and timely surveys to “hook” a story around. If you present a well-crafted, properly researched and interesting survey, your company could find itself swimming in ink.