Has MySpace Become Their Space? 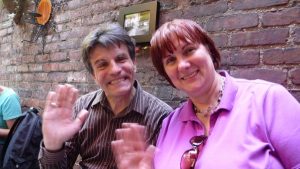 For a few months, I have been wondering when we might see teens and 20-somethings began to desert the major social-networking sites like Facebook and MySpace.

As more and more adults in their 30’s and 40’s open accounts on these sites, I figured, these sites would cease to be seen as “cool.”

At least in Great Britain, this may already be happening. As London’s Financial Times reports, the proportion of 15- to 24-year-olds with profiles on MySpace and Facebook has declined. It will be interesting to see when or if this trend shows up on this side of the Atlantic.

The 15-to-24 age group tends to seek its own space, which is probably what inspired the name MySpace. You may be a 17-year-old who gets along with “mom” and who likes your 49-year-old uncle, but do you really want them writing on your wall every week?