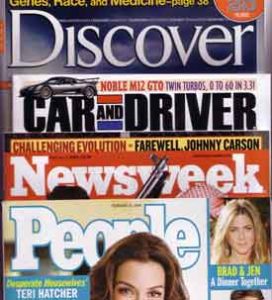 One of the reasons this blog is named Stats & Storylines is because Wakefield believes that statistics tell stories.

In this case, a gloomy one.

This article from Crain’s N.Y. Business shares several stats that reveal the current “quicksand” status of the magazine world:

In the first half of 2009, a total of 279 magazines ceased publication, according to a report from MediaFinder.com …

For the entire year of 2008, the net change in the number of magazine titles was a drop of 148. That doesn’t include 18 mags that went to online only.