Give Your Teenager a Credit Card? Some Financial Experts Say Yes 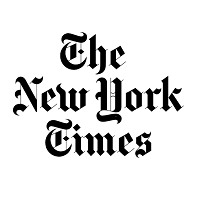 Giving a teenager a credit card may seem a risky proposition. But finance experts say it can be a helpful educational step, with proper limits.

Children under 18 can’t apply for credit in their own name, but they can piggyback on their parents’ cards — whether by informally borrowing the cards or by having parents officially add them as “authorized” users, with their own cards. (Young adults 18 to 20 can obtain their own credit cards only if they can show they have enough income or if an older adult co-signs with them. They can also be added as authorized users on a parent’s account.)

Recent findings suggest that some parents embrace the idea of credit cards for their children. In a report that T. Rowe Price published this year, 17 percent of parents of children ages 8 to 17 said their offspring had credit cards.

“I view a credit card as a tool,” said Jack E. Kosakowski, president and chief executive of Junior Achievement USA, a nonprofit group that promotes financial literacy and entrepreneurship among young people. “If parents use it as a teaching opportunity, it’s a great thing.”

This week, Junior Achievement USA published a survey of 1,000 teenagers that found that while they most often received cash from their parents, about a quarter had used a parent’s credit card to buy something online. Two-thirds said they had a bank account, and a little under a third of those respondents also had a credit card.

Understanding the difference between spending with a debit card, which is linked to a bank account, and borrowing on a credit card is an important lesson for teenagers, said Jeanne Fisher, a certified financial planner in Bowling Green, Ky. But it’s one best learned, she emphasized, with close supervision by a responsible adult.

Parents or guardians, she said, must establish a “controlled environment,” in which they set rules for the card’s use — such as what it may be used for and how much may be charged. Parents should monitor spending and discuss the card’s management with the teenager, including how to pay the bill on time to avoid interest charges. Parents should also explain what a credit score is, and how it is affected by use of the card. The teenage years, she said, are “the perfect time” to teach responsible credit behavior.

“I think you should get your teen a credit card,” Ms. Fisher said. “We live in a credit-driven society.”

One benefit of having your teenager use a credit card is that consumer protections against fraud are generally more robust for credit cards than for debit cards, according to the Privacy Rights Clearinghouse. That makes credit cards less risky to use at certain locations, like gas pumps, where they may be subject to “skimming” fraud that steals account numbers. (One less thing to worry about when your teenage driver fills up the tank.)

Co-signing for a card for older teenagers can help build their credit file because card companies report their payment history to the major credit bureaus. (The Card Act of 2009 made it more difficult for adults under 21 to obtain credit cards, partly in response to aggressive marketing of cards on college campuses.) So eventually when they are on their own, they may qualify for more favorable interest rates on car loans and other credit.

But beware: As a co-signer, you are legally responsible for the account, and your own credit may suffer if your teenager overspends or doesn’t pay the card bill on time.

“You’re on the hook for what they do,” said Laura Levine, chief executive of the JumpStart Coalition, a nonprofit group that promotes financial literacy.

Keep in mind that it may be quite difficult, if not impossible, to get yourself removed as a co-signer once an account is opened, according to the credit bureau Experian.

Cardholders are also responsible for spending by teenagers who are authorized users, but it’s typically easier to remove an authorized user if things get out of hand.

Authorized users may also build credit by spending on the card, depending on the card issuer. Banks vary on how they report such activity to credit bureaus, Ms. Levine said. (American Express, for instance, lets children become “additional cardholders” at age 13, but they don’t start building credit until age 18.) If you’re unsure, ask your card company.

If you’re considering giving your child a credit card, financial educators recommend a graduated approach to money management, like starting with a savings account, then adding a checking account with a debit card or perhaps a prepaid debit card. Some new debit cards allow parents to transfer cash, set spending limits and monitor card use with mobile apps.

Parents should consider moving on to a credit card only after the teenager demonstrates responsible management of cash-based accounts, said Paul Golden, spokesman for the National Endowment for Financial Education and the father of two teenagers. “I believe in using a stair-step process,” he said.

Here are some questions and answers about credit cards for teenagers:

How can I tell if my teenager is ready for a credit card?

If your child asks about credit or seems curious when you use a credit card, that’s a good time to start a conversation, Mr. Golden said. Sara Rathner, a credit card expert at the financial website NerdWallet, said parents should consider how teenagers behaved when they got cash. Can they keep track of it? Do they spend it all at once? Losing money or making impulsive purchases may suggest it’s best to wait awhile before introducing credit. “You know your teen better than anyone,” she said.

Can I set a lower spending limit on a credit card I give my teenager?

Possibly. Most people don’t realize that they can have spending limits lowered on their credit cards simply by asking their bank, Ms. Fisher, the financial planner, said.

Some banks allow you to set very low limits for cards issued to authorized users. That way, you don’t have to expose your entire $10,000 line of credit to a teenager who may be excited about, say, “in app” purchases while playing a favorite online video game. American Express, for one, allows borrowers to set limits as low as $200 for cards issued to authorized users.

When should young adults make the transition to their own credit card accounts?

Parents should talk with their child in advance about when the financial apron strings will be cut, said Paul Siegfried, senior vice president and credit card business leader at the credit bureau TransUnion. “Have an exit strategy,” he said. Each family will have its own approach, he said, but a reasonable deadline may be that “authorized user” status will be revoked three to six months after the child graduates from college or gets a full-time job.