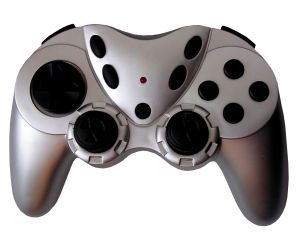 June 15, 2010 will be an important day in Los Angeles, California.  No, this is not the date of the Los Angeles Lakers’ NBA Championship victory parade (though check back again in a few weeks on that).  This is a day that gamers and developers look forward to each year – a day filled with surprises and excitement.  On this day, the highly anticipated annual Electronic Entertainment Expo (E3 2010) will commence.

Since the inaugural expo in 1995, software developers and anyone searching for a niche in the gaming industry have used E3 as a springboard into the marketplace or a spotlight for it to once again shine under.  In the past, expos have turned into coming-out parties for companies with no prior gaming experience (Sony Playstation in 1995) and opportunities for established industry giants to open our eyes once again (N64 in 1996).

Some of the greatest and most controversial games of all-time were introduced to the world at E3 (Xbox’s Halo in 2001 and Playstation 2’s Grand Theft Auto III in 2002) and, since then, the mold has been broken time and time again (Nintendo’s Wii in 2006).

Today, the internet makes keeping a secret a nearly impossible task and, with motion-sensitive gaming becoming a popular trend and 3D concepts being entertained by all the giants (Nintendo, Microsoft & Sony), it’s hard to imagine participants being “blown away” like they once were.

However, regardless of what we see in Los Angeles this year when the gaming community gathers for three exciting days, one thing is for certain: underestimating these people would be a big mistake.