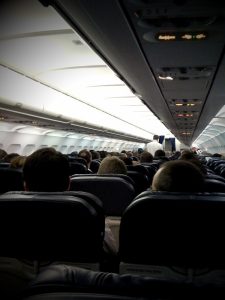 Clearly, these “fun facts” are designed to start broad and then become more focused on the Gogo brand itself.

What Gogo is attempting to do here is impressive.  The brand is trying to associate a feeling and emotional tone with something that is typically considered a commodity – namely wi-fi access.

Emotional brand assets are very important.  At the same time, however, Gogo may want to consider highlighting the functional benefits of its brand – something that could easily be conveyed through their “fun fact” forum.

Conveying these functional brand assets alongside lighter, emotionally-oriented facts can create an effective brand positioning for Gogo by giving consumers the facts they need as well as the fun they want.  After all, in-flight wi-fi is both a tool and a toy.  Our own research shows that business travelers who use in-flight wi-fi are just as likely to check their work email as they are to send personal emails, check sports scores, or visit social networking sites.

In the interest of full disclosure, it should be noted that this blog entry was posted from 30,000 feet using Gogo’s in-flight wi-fi service.