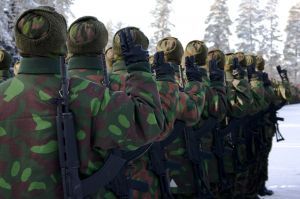 Yesterday, the Pentagon released a survey to troops in an attempt to gauge attitudes on the implications of a repeal of the current “Don’t Ask, Don’t Tell” policy. Regardless of your opinion of the policy, the survey’s methodology may raise significant questions about the validity of their data.  It is also instructive for any company or employer hoping to use survey research to inform personnel policies.

The predictably tight-lipped Pentagon has offered sparse detail on the methodology of this study, acknowledging that there are to be 400,000 respondents. The survey is comprised of approximately 100 questions, and they claim that there is an anonymous way for gay and lesbian servicemen and women to provide their thoughts on military life.

In that word – anonymity – lies the kicker. Among the major details left unconfirmed by officials is whether the survey was outsourced to a third party or managed internally. For the sake of returning accurate data, let’s hope they’ve enlisted the expertise of a third party research firm.

When significant, fundamental changes are being considered in a work environment, it is a good idea to first gauge employee reaction. This process seems easy enough, but when an employer wields intimidating power, concerns understandably emerge over the level of candor and honest disclosure by respondents.  For this reason, it’s crucial that these types of surveys are managed by an independent third-party.

In the case at hand, it would appear that the Pentagon is potentially mishandling this survey. In fact, the Servicemembers Legal Defense Network is currently advising troops against responding to the survey on grounds that there is potential for being inadvertently “outed” and no promised immunity in that event.

A great joke has got to be floating around in the ether right now about fielding a survey on something called “Don’t Ask, Don’t Tell,” but at this point there is little humor to be found. The Pentagon is asking. Will troops tell?