Feeling “A-salt-ed” By All Of The Media Attention Salt Is Getting? 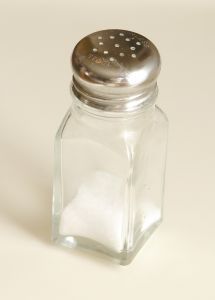 There’s been a steady drumbeat of consumer media coverage about Americans’ salt intake this summer.  Just this week The Wall Street Journal reported that the federal government reduced the recommended salt intake by 800 milligrams – from the current limit of 2,300 milligrams.

According to a recent survey conducted by Wakefield Research for Mrs. Dash, all the media attention in the world won’t be enough to change America’s salt habits. The salt story won’t be going away any time soon.

Despite the fact that many foods, especially packaged meats, already have salt included, half (50%) of Americans are automatically adding salt to their food before even tasting it.

Recently, USA Today reported that excessive salt intake occurs before Americans even lift the shaker. Packaged foods and restaurant foods are already high in salt.  According to the survey, more than half of Americans (54%) check for calorie counts in their foods, but only 39% pay attention to the sodium levels on the labels of the foods they eat.