An Executive Week in Review 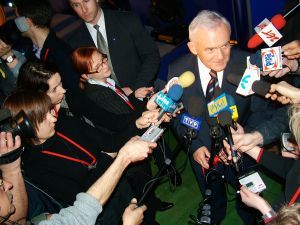 Many thought the tech buzz would die down following CES earlier this month, then this week happened. Eric Schmidt? Not so much. Meg Whitman in the government? Try HP(olitics). Steve Jobs? Leave of absence.

After querying his way through the past decade, Google CEO Eric Schmidt formally announced his resignation effective later this year in April, handing the position over to Larry Page, one of Google’s co-founders. Though his (Google) goggles may have been clouded at times on consumer security, he’s not taking your glorious Gmail with him when he steps down.

Meg Whitman, former eBay CEO, didn’t have to personally fund another campaign to receive her new appointment as HP CEO. Though HP’s past 7 months haven’t been their best in terms of PR, their future is a hue brighter than before with five new additions to the board.

Last, but certainly not the forgotten fruit, Apple’s all-too-famous CEO Steve Jobs announced a medical leave of absence, turning over day-to-day operations of the orchard to COO Tim Cook. Without Jobs adding his polish to the process on the daily, Apple has some interesting times ahead (not to mention a busy February with Verizon on the horizon).