Editors Ring in the New Year with Wakefield Research Stats 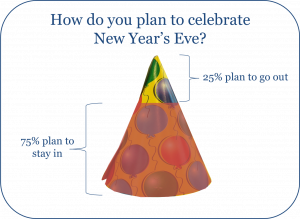 Wakefield closed out 2012 with a bang – two PR surveys were featured on the TODAY Show and the Charlotte Observer!  Tapping into the media’s love for New Year’s Eve celebrations and champagne, the surveys sparked the interest of editors and producers.

What were the stats that caught their eye?