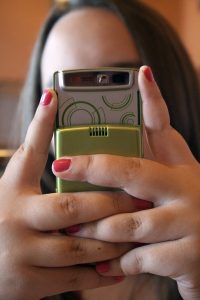 A new study for 1-800-Flowers by Wakefield finds that most Americans (53%) have had a deep, personal conversation – about life, love or other topics – using email, texting, social networking or Twitter.  Talk about some “Tweet” emotions.

Despite concerns that we’ve become a nation of “pingers,” it is actually those who do not use technology to stay in touch who are missing out on meaningful conversations.  In fact, 90% of the people who described themselves as “digital communicators” say they’ve had such a meaningful conversation.  By contrast, only 75% of those who do not call themselves “digital communicators” said they’d had such a conversation.