A Different Reason to Stay in School? 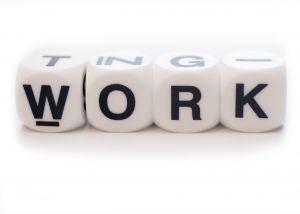 Maybe Van Wilder had the right idea when he chose to stay in college for the better part of a decade.  Things don’t appear to be much better out here.  Regardless of your political stance or who you voted for, the research tells a consistent and dramatic story.

According to a survey conducted by Wakefield Research for Alibaba.com, Americans are unhappy with the steps taken by our leaders to increase the number of employment opportunities in this country.

In the eyes of two-thirds (66%) of Americans, the federal government has not fulfilled its promise to create more jobs when the recession began and very few Americans have faith that things will get better.  Less than 1 in 10 (7%) Americans think that a substantial number of jobs will be created over the course of the next year.

In addition to their wavering confidence in the federal government’s ability to stimulate the job market, Americans are wary of what the future holds for their children.  More than 3 in 5 (61%) college parents would rather see their children in a job that made them miserable before they saw them starting their own business in today’s economic climate.

Think starting a small business right now would be a monumental task?  At least you could count on the respect of your fellow citizens.  More than eight of ten (82%) Americans would be impressed if they learned that your company had been started during the recession.

Alibaba.com is the global leader in business-to-business (B2B) e-commerce, making it easy for millions of buyers and suppliers around the world to do business online.