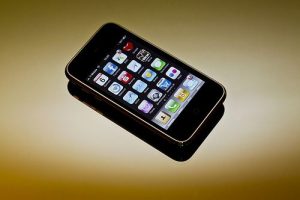 We’re wired to think of portability as a function of how easy it is to carry something, and thus as a combination of compactness and weight.  It’s that simple, and probably has been ever since man thought to carry fire with him rather than build a new one each day after sundown.

However, it’s wrong to apply this way of thinking to consumer electronics.  While once portability was defined by height, length and width, it’s now measured much more subjectively: by its functions.

In a poll among 1,000 nationally representative American adults, we asked the following question: when it comes to tech devices, which of the following describes true portability, the functions of the device (meaning how much it does) or the compactness of the device (meaning how small it is). Only 33% said compactness.  A majority, 67% believe that portability is best defined by a device’s functions.

The implications and opportunity for consumer electronics are enormous.  This means that the success of a portable device depends less on the sophistication of its components, and more on the imagination and insightfulness of its designers.

Which devices do you think best typify this trend, and where do you believe it’s leading us?