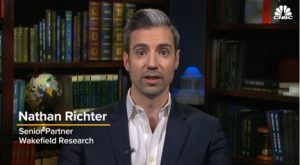 Richter went on to emphasize that the $9 billion of lost goods is initially absorbed by the seller, including Amazon or the third-party seller using Amazon. But businesses in turn increase prices to account for revenue lost from replacing stolen items—which means consumers inevitably bear the cost. This is even before considering the ways consumers go out of their way to prevent package theft. Richter cites the finding that 1 in 5 adults (20%) have actually taken a sick day in order to be home for a delivery and ensure it is not stolen.

Wakefield Research’s in-depth look at something that might be considered a nuisance reveals the sheer scope of an overlooked problem that businesses are scrambling to address. Public opinion polling puts a human face on topics of importance, showing how a $9 billion issue is one that affects the average American’s life. As Richter concludes, “It’s probably gotten a little tougher for criminals to steal something because there’s more attention paid to this. Consumer awareness on this is growing.”