The Bullseye on Blackberrys 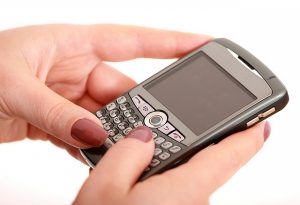 Watching employees peck away on their Blackberrys during meetings has tried the patience of many senior officials in the business world…so much so that there is now a growing chatter about banning Blackberrys from meetings.

At Forbes online, Mark Lewis has made the case for banning by arguing that obsessive Blackberry users are “sabotaging your meetings.”

The French government has reportedly banned Blackberrys at ministries and in the presidential palace.

The decision, however, was not an attempt to eliminate digital distractions.  Rather, the fear, according to a tech surveillance firm, was that the US National Security Agency could intercept and read Blackberry-transmitted messages.