Brits Sticking With Bangers and Mash 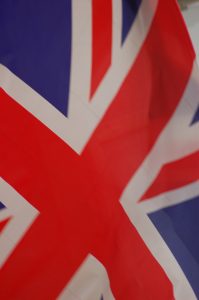 Americans’ appetite for food extends well beyond mealtime. The popularity of cable TV’s Food Network and Bravo’s hit show Top Chef are ample proof. So is the buzz around the recently released movie Julie & Julia.

From Emeril Lagasse to Paula Deen, celebrity TV chefs have definitely gotten our attention. But what effect are their shows having on the eating and cooking habits of Americans? I haven’t seen any solid data yet that truly answers that question.

Across the Atlantic, a British survey explored a similar question last year. So what did the British survey find? Those TV cooking shows did not appear to have changed the cooking habits of British families much at all. As the Times of London reported:

An insatiable appetite for TV cookery shows has had little impact on the variety of food served in the average home, according to new research.

Just six dishes account for the most frequent meals in 98 percent of British households despite the best efforts of [celebrity TV chefs] Jamie Oliver and Gordon Ramsay.