Are You Paying More Attention to Your Dog or Cat During Coronavirus Quarantine? You’re Not Alone, Survey Shows 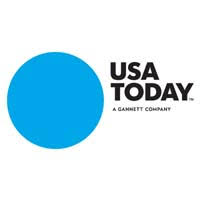 If Fido wasn’t already a part of the family, he sure is now: The bond between pets and their owners has become stronger during this coronavirus quarantine, according to a new survey.

How much stronger? Many people are worried about leaving their pets at home when it’s time to return to the workplace.

The Banfield Pet Hospital in Portland, Oregon, the largest general veterinary practice in the USA, released a survey Tuesday that showed 84% of pet owners have become more conscious of their pet’s health and 67% plan to change how they care for their pets. The hospital surveyed 1,000 dog and cat owners online over a four-day period.

“We really got some insights that, through this crisis, through this pandemic, on how important pets truly are in our lives,” he told USA TODAY.

“The human-animal bond now, more than ever, plays an integral role in people’s lives,” Molly McAllister, the hospital’s chief medical officer said in a news release. “This survey shows that pets are always here for us – even, and especially, during the most difficult of times – and we’re encouraged that as a result of spending more time together, people are committed to finding new ways to better be there for their pets.”

Since millions have had to quarantine during the coronavirus outbreak, Garish said, people have been more involved and interested in their pet’s overall health and behavior. That has led to a surge in animal care check-ins: 43% of people contacted their veterinarians during quarantine, according to the survey.

The number of confirmed coronavirus cases among pets worldwide is low, according to the Centers for Disease Control and Prevention. The agency said that although the risk of animals spreading the virus to people is low, the virus can spread from people to animals “in some situations.”

The survey found that 73% of respondents are worried about leaving their dogs or cats at home when it’s time to return to the office, and 59% fear their pet would suffer from separation anxiety.

Doctors at Banfield recommend easing a pet into a new routine by avoiding emotional departures or greetings, Garish said. One way is by giving your pet a favorite toy or another distraction before leaving the house.

Garish pointed to the surge of adoptions and fosters that have left some shelters empty in the past few months – another reinforcement of the bond between people and pets, he said.

“We’re really finding that comfort with pets,” he said. “And we know that pets are such a big part of our family lives, and we just see this role only increasing during this pandemic.”