Are Consumers Ready for Another “D”? 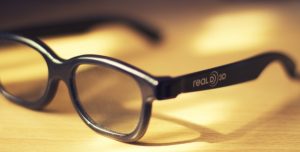 As 3D televisions hit the market, many are wondering how fast this new technology will enter our lives.  ESPN has announced that it will launch the world’s first all-3D television network, ESPN 3D, in June.  It will air the opening game of the 2010 FIFA World Cup from South Africa.

In a recent study conducted by Wakefield Research, watching sports in 3D is a distant 2nd choice to watching movies in 3D.  In fact, US consumers ages 18+ are 3 times more likely to want to watch movies in 3D over sporting events.

There is no doubt that 3D video gaming is on the near horizon.  It doesn’t take Nostradamus to foresee that.  With E3 just weeks away, one question does remain: when will we actually see this technology on shelves?

Three in four consumers say that they do not plan to purchase a 3D television within the first 6 months of its launch.  With the country just now beginning to dust itself off from a difficult economic period, is this the best time to be unveiling this new (and expensive) consumer entertainment device?