The Fear Factor That’s Not on TV 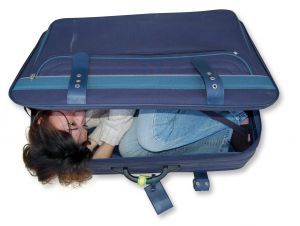 According to a new survey conducted by Wakefield Research and commissioned by Logitech, business travel can be harder on one’s spouse than on the traveler.

The survey found that many stay-behind spouses are fearful for their personal safety.  More than half (55%) have felt anxious or insecure when their significant other was away on a business trip.

While plenty (68%) of stay-at-home-spouses know someone who has had their home broken into, it doesn’t take a major event to feel unnerved.    Among those who have felt insecure about their safety, 66% say they’ve felt anxious because of a noise heard outside of their home.

And, with winter storms ravaging the east coast, nervousnesses may be on the rise as temperatures fall. 38% of stay at home spouses who’ve felt anxious blame a bad storm as the cause.  Another 36% cite the loss of electric power as a source of insecurity.

Even something as simple as a news story can be an anxiety-inducing event.  Among those who have felt insecure when their spouse was away, one-third (33%) said a frightening news story was the source of their stress.

Respondents reported a variety of rituals for coping with the stress.  More than half use conventional tricks like leaving the TV on (56%) or turning on more lights than usual (53%). Others are a bit odder.  For example, 15% of spouses talk to themselves and nearly one in ten (9%) sleep with a stuffed animal.