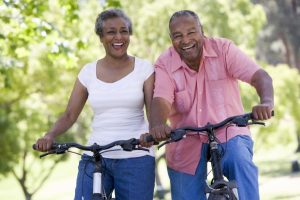 According to his 1997 book, The Big Five-Oh, Bill Geist claims that one member of the Baby Boomer generation turns 50 every seven seconds.  In 2010, 4 million Boomers, or one every 8.5 seconds, will reach this milestone, making one thing abundantly clear:  this generation, which represents roughly one-third of the U.S. population and an annual spending power of $2 trillion, is aging…and fast.

While Baby Boomers, on average, live in relative affluence, no one has gone untouched by the recent financial crisis. According to self-reported data, average spending within this bracket has dropped by between 5 and 30%.

Compounding the issue is the reality of their Generation X and Y children becoming increasingly dependent on financial support in the pursuit of degrees and launching a career and autonomous life.  The daunting job market has even driven many of these young adults back into their parents’ homes – a trend metaphorically referred to as “boomerang kids.”

Consequently, it is unrealistic to envision the stereotypical exodus to Florida and Arizona and an old age wiling away with shuffleboard.  An action-oriented generation associated with breaking cultural norms and expectations, the Boomers will change the landscape of retirement by working later in life and, even in retirement, are more likely to seek opportunities to stay actively engaged with society.

They represent the first internet-savvy age group to enter the golden years, and will utilize this know-how to maintain a meaningful connection with the goings-on of the world.

So, you ask, how does this all translate into expectations for spending philosophy?  With longer life expectancy projections and access to consumer information, they will be cognizant of not outliving their savings and will be more apt to dish out dough with an eye on value and longevity rather than focusing on luxury or entry level pricing alone.

Ultimately, old age is still old age and the Boomers will be interested in many of the same expenditures (traveling self-reliantly) and be faced with the same unique concerns (health care and fitness) that all elderly people come to know.