95% of LGBTQ Travelers Report Having Hidden Their Sexual Orientation While on a Business Trip, with the Most Common Reason Being Safety 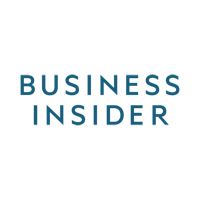 The setting changes, but the scenario remains the same. I am in a business meeting in Dallas, a lunch meeting in Grand Cayman, a conference in Dubai. “Yes, we had a lovely holiday,” I say to my recently introduced local colleague, answering his question vaguely to build rapport while also protecting myself. I purposely delete any gender signifiers from my responses, and refer to my spouse without giving away that I am a lesbian.

It is exhausting. It is demoralizing. I am back in the closet even though I have been out for 20 years and have a wife and child.

When I travel for fun, my wife and I deliberately prioritize destinations where we are likelier to be protected by local laws and accepted by local cultures. While it doesn’t always pan out that way – because you can never really predict what will unfold on a vacation, and we sometimes take the calculated risk of going somewhere where being LGBTQ is illegal – we plan trips with our safety first.

When I travel for work, however, I don’t have control over where I have to go. My job in communications and marketing has historically dictated that. Whether in the US or abroad, I’m not always traveling to places where being a lesbian is accepted – or even legal. As a result, I have often hidden my identity for safety and to avoid cultural faux pas moments that range from awkward to discriminatory. I dread the inevitable moment when I get the “What does your husband do?” and have to either outright lie or expose myself when I respond. I have done both, and when I am honest, I’ve frequently felt the respect drain from people’s faces; the rapport I’ve worked hard to build evaporates, and I can feel their confusion and judgment burning into me for the duration of the trip.

A new survey from SAP Concur found that my experience is not uncommon.

Thankfully, while I have never had to change accommodations because of safety concerns, I have often opted out of evening activities and sequestered myself in my hotel room behind a locked door. I fear as one cocktail turns into two and then three, it will be harder for me to keep my identity a secret. Safety concerns take on a whole new risk category as people abandon business hour etiquette.

As a woman, I’ve also been on the receiving end of inappropriate comments and advances from male business partners and colleagues, especially when social situations and late nights loosen professional expectations. I have never felt comfortable reporting anything to my manager or to human resources, and have chalked it up to the cost of doing business.

Less measurably, I’ve experienced subtle forms of misogyny in countries I’ve traveled to for business where men tend to dominate more. There’s the refusal to look me in the eye; directing all decision-making questions to the male colleague in the room, even when I hold a senior title or position; and small-minded questions or comments directed at me about domesticity or minutia.

Female business travelers also experience high levels of harm when they travel for business, according to the same survey. More than three-quarters (77%) of women have experienced mistreatment and harassment while traveling. Transcending any one identity, survey respondents felt safety was a major concern when traveling for business (33%), and many don’t feel their companies make safety when traveling a priority.

While many companies, particularly larger ones, have safety protocol baked into their travel policies and contingency plans, much of that doesn’t get communicated to employees in any direct or regular way. And in 16 years of work and business travel, I’ve never had an employer mention my safety calculation based on my identity as a woman or a lesbian. I don’t feel any safer traveling for business now than I did 16 years ago, and there are entire countries where I feel safer coming out as a lesbian than in certain cities or states in the US.

The landscape for LGBTQ people has changed around the globe, but safety remains a major concern. The Williams Institute just this past week released its newest Global Acceptance Index, which analyzed LGBTQ acceptance in 174 countries from 1982 to 2017. It shows that the majority – 131 of 174 countries – experienced an increase in LGBTQ acceptance. Only 16 countries experienced a decline in acceptance, while 27 stayed the same.

I am lucky that I can blend in. I am Caucasian and my skin tone is olive. I am not very traditionally feminine or masculine presenting. As such, I have been mistaken for “local” in many destinations and have tended to stay off the radar and avoid unwanted interactions. And there were times when coming out as a lesbian on a work trip turned into the most amazing experience. I fondly recall singing karaoke at a gay bar in Anchorage with a business partner who has become a years-long friend. Still, my motto and that of many other business travelers remains: Better safe than sorry.